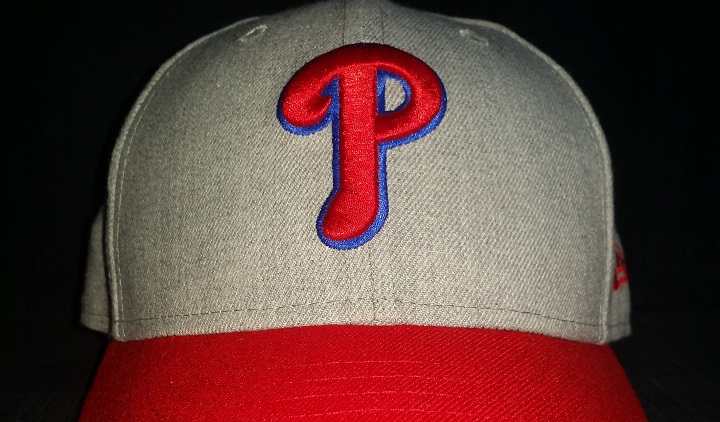 This is a great time of year to be a sports fan. Opening Day in baseball. National championship games in college basketball after a month of madness. Playoff hockey and basketball are about to get underway. The Masters in golf. Even the NFL Draft is only a few weeks away.

When you think about it, is there any more loyal supporter in the world than a sports fan?

Granted, some fans take it too far. But I’m not talking about rabid, irrational fans who would rather buy season tickets than feed their family. I’m not even talking about face painters.

I’m talking about loyal sports fans who follow their teams and buy the merchandise. Year after year.

In the most recent Brand Keys Sports Fan Loyalty Index, Major League Baseball (MLB) moved up to the top spot from second place, its first number one ranking in a decade. The National Basketball Association (NBA) moved from third to second, the National Football League (NFL) fell from first to third, and the National Hockey League (NHL) remained in fourth.

The Chicago Cubs’ World Series win is seen as a big reason for MLB’s success, while the relocation of several franchises factored into the NFL’s tumble. I mean, what destroys loyalty more than moving the team to another city?

One could easily dispute these rankings and the research methodology, but I think the four drivers of loyalty cited in the study are worth noting. The researcher’s description of the drivers are in italics.

Are the game and the league part of fans’ and community rituals, institutions, and “tribal” beliefs?

This might make you think that a brand must have a long history to win someone’s loyalty. It does take time to build loyalty, but you don’t need a 50-year history, or even 10-year history, to be part of a person’s “tradition.”

The goal is to get people to make your product or service part of their normal routine, whether at home or in the workplace. Is your company somehow ingrained in someone’s lifestyle, even if only in a small way? Do they view your offering as their go-to product or service when the need arises?

Are players particularly respected and admired?

This takes us back to the whole “know, like and trust” conversation. It’s easy to get behind a team or brand when you respect and believe in the people who represent them.

This is why storytelling so important. Every player has a story tell. Every game is part of that story. How are you conveying the values of your brand and people in a way that’s interesting and appealing to your audience? What are you doing to build a stronger bond and earn people’s admiration and loyalty?

Win-loss ratios for sure, but more importantly, how entertaining is their play? Is it a consistent experience year-to-year?

Team loyalty isn’t just about wins and losses. If that were the case, most fans would jump on a different bandwagon every year. If they’re not winning, is the experience, whether in person, on TV, on social media, etc. – still enjoyable? Is it worth the fan’s investment of time and money?

With a brand, the equivalent of entertainment is performance. Is your brand consistently meeting the expectations of your audience? If you come up short, what do you do to rectify the situation? Is it enough to maintain someone’s loyalty? Are you always looking to improve the customer experience?

The customer experience is everything. Complacency is a potential loyalty killer.

How well do they play as a team? Do they seem unified? Does it involve both skill and strategy?

I don’t completely agree with this part of the study because I don’t see the connection between authenticity and teamwork, skill and strategy. However, the importance of authenticity cannot be overstated.

In sports, the general manager and owner might say they’re trying to put a winning product on the field. The coach or manager might try to justify a decision or game plan in a certain way. A player might speak out about an issue unrelated to sports, or they might avoid talking about certain issues.

Nobody likes a phony or rewards a phony with their loyalty. Same goes for brands.

Are you making believable claims in your marketing? If someone questions how you do business, are your reasons real and believable? If you decide to take a stand or avoid an issue, are you doing it for the right reasons? How will your marketing claims, words and actions be perceived?

When I see another person wearing a Phillies hat or jersey, I feel a small level of comfort with that person. I’m not one to strike up a conversation with random people, but I might with this person. The Phillies garb takes away some of that randomness.

It’s kind of like the hundreds of thousands of bikers that go to Sturgis. People from all walks of like are united by their passion for motorcycles. They identify with each other.

Now, I’m not delusional. I don’t expect every brand to develop the same kind of loyalty that sports teams enjoy with their fans. But every business, large and small, should take note of what makes sports fans loyal to their teams.

Championships are great but, like I said, it’s not about the win-loss record. I’m a Phillies fan. The Phillies have lost more games than any other team in the history of sports.

Truth be told, my loyalty to the Phillies started as a young kid when they were winning big in the late 1970s, leading up to their World Series win in 1980. But I didn’t bail on them during the next 25 years or so when they mostly sucked.

There’s just something about the team that has made me stick with them. Some people laugh when the Phillies are mentioned and I say, “That’s my team.”

We should strive to build and maintain the same kind of loyalty from our customers.

I want people to think of me and say, “That’s my content writer.” Just like I refer to my pizza place, my laundry detergent, my accountant, my dry cleaner or my web developer.

By the way, the Phillies are undefeated as of this writing. Just sayin’.