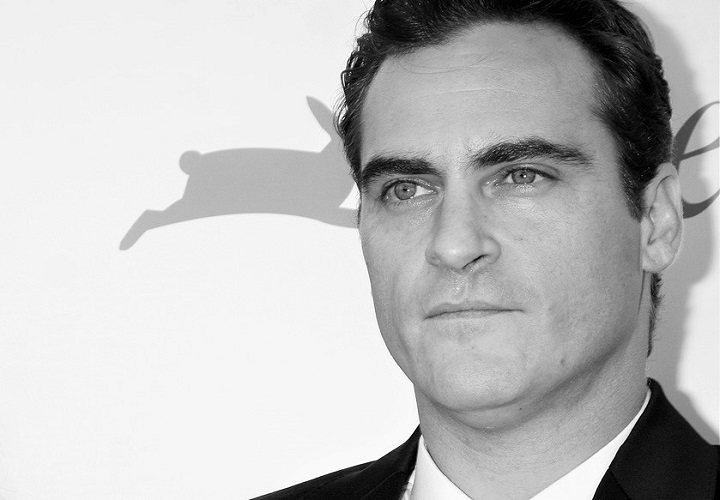 A good story helps us process information more clearly. It helps the brain focus so we can better understand complex concepts.

On the other hand, shamelessly self-promotional, self-absorbed sales pitches tend to annoy the heck out of people.

This is why so many companies have jumped on the storytelling bandwagon in their marketing. Of course, too many misguided souls see storytelling as nothing more than an opportunity to deliver a longer, even more annoying pitch.

Those people can’t be helped. They don’t know the number one rule of storytelling in marketing.

Effective storytelling doesn’t require proper literary structure. It doesn’t have to follow the five-parts of a Shakespearean tragedy.

But there is one thing every story needs to make it work.

Remember the scene from the movie “Walk the Line,” when the record producer, Sam Phillips, stopped Johnny Cash (played convincingly by Joaquin Phoenix, pictured above) in the middle of his audition?

Phillips: I’m sorry. I can’t market gospel no more.
Cash: So that’s it?
Phillips: I don’t record material that doesn’t sell, Mr. Cash. And gospel like that doesn’t sell.
Cash: Was it the gospel or the way I sing it?
Phillips: Both.
Cash: Well, what’s wrong with the way I sing it?
Phillips: I don’t believe you.
Cash: You sayin’ I don’t believe in God?
Band member: J.R., come on, let’s go.
Cash: No, I want to understand. I mean, we come down here, we play for a minute, and he tells me I don’t believe in God.
Phillips: You know exactly what I’m telling you. We’ve already heard that song a hundred times. Just like that. Just… like… how… you… sing it.
Cash: Well, you didn’t let us bring it home.
Phillips: Bring… bring it home? All right, let’s bring it home. If you was hit by a truck and you was lying out there in that gutter dying, and you had one time to sing one song. Huh? One song that people would remember before you’re dirt. One song that would let God know how you felt about your time here on Earth. One song that would sum you up. You tellin’ me that’s the song you’d sing? That same Jimmy Davis tune we hear on the radio all day, about your peace within, and how it’s real, and how you’re gonna shout it? Or, would you sing somethin’ different. Somethin’ real. Somethin’ you felt. Cause I’m telling you right now, that’s the kind of song that truly saves people.

The point Sam Phillips made to Johnny Cash was that your audience has to believe you. You can’t tell the same story the same way everyone else tells it. And you can’t fake it.

It’s easy to get the facts straight and share events or experiences in sequential order. It’s not as easy to tell a story in a way that’s authentic, relatable and believable.

So how do you make your story authentic, relatable and believable?

First of all, the story has to be real. It’s one thing to present a hypothetical scenario. It’s disingenuous to make up a story and present it as real.

People can distinguish real from fake. And they won’t believe fake.

Keep it simple. Use simple, everyday language. Tell your story as if you were on the phone or at the bar with your best friend, not behind a podium or computer screen trying to communicate with a bunch of strangers.

Get to the point. Keep it relevant. Cut the fluff. Don’t obsess over painting a picture with flowery adjectives and adverbs.

The goal of the story, directly or indirectly, is to earn someone’s trust and prove you’re capable of solving a problem, not prance gleefully through a dewy meadow on an enchanting autumn morning.

The biggest hurdle for many established brands trying their hand at storytelling is that they’ve spent years shoving self-absorbed, deceptive ads and content down our throats.

Marketers and advertisers as a whole have made us numb to what they have to say. We just don’t trust them.

Just like they’ve spent years creating an environment of distrust, it will take a lot of time and effort to build a genuine sense of trust. A brand can’t simply flip a switch in people’s heads and hearts just because the brand finally got around to changing its approach.

This is a major advantage for small-to-midsize businesses that don’t have the big brand distrust stigma. Authentic, believable storytelling can help level the playing field.

You won’t be able to compete with the ad budgets of major brands – not that you need to or should want to – but you can tell a more relatable, authentic story and make more personal connections.

If you want people to trust your company, make your story believable. They’ll be much more likely to come back and read the next chapter.