So when we planned our family vacation to Disney World, the experience was about as new for us as it was for our daughters, 7-year-old Caitlin and 4-year-old Cassidy.

After waking up on a Sunday at 3 am, we took a 7 am flight – the first time on a plane for the girls – from Philadelphia to Orlando, arriving at the Yacht Club resort a little after 11 am. Energized by the adventures that awaited us, we overcame the lack of sleep to make our way to Epcot and the fun was underway.

We packed as much magic as we could into our trip – Magic Kingdom, Epcot, Animal Kingdom, Hollywood Studios, pools and waterslides – until we left for the airport after lunch on the following Friday.

As exhausting as Hershey Park was last year, I knew it would be nothing compared to Disney. And I was right.

Thank goodness we had an entire weekend to recover before heading back to work.

Exhaustion aside, Disney World lives up to its billing as the most magical place on earth. Caitlin and Cassidy want to live there.

Of course, I never completely remove my marketing hat when I go on these trips. Continuing a tradition I started in 2014, I made some mental notes during our vacation about marketing and the customer experience and compiled a list of observations. 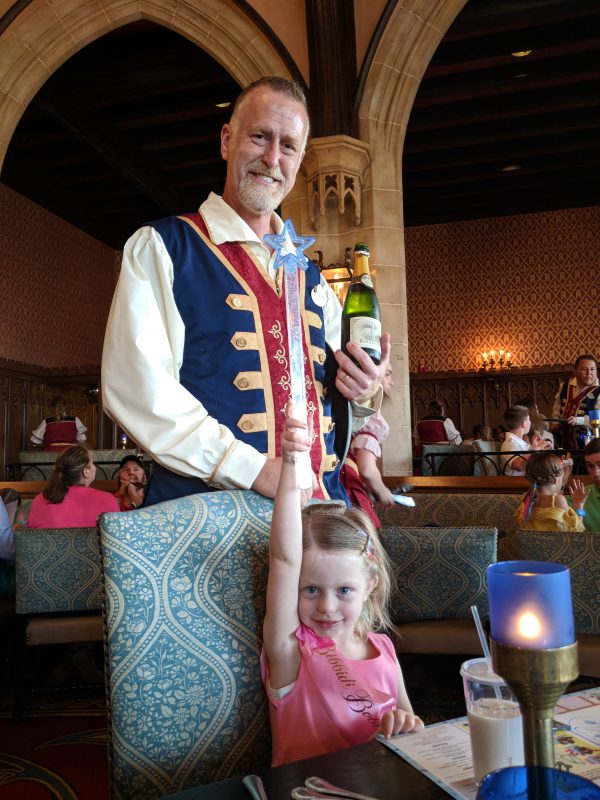 The Friendliest People on Earth

Disney clearly hires for personality, energy and friendliness. From the moment we got in line for the Magic Express shuttle at the airport, every person we encountered was full of smiles and genuinely happy.

We arrived on Kelly’s birthday, and every Disney employee who saw her birthday pin wished her a happy birthday. I guess that’s why she wore it every day of our vacation.

Funny thing is, happiness is contagious.

I didn’t see a bunch of grouches or complainers at Disney parks and resorts, and I’m talking about the customers. By hiring friendly people, Disney has created a largely drama-free experience, which makes a vacation a hell of a lot more enjoyable.

That Disney World App Though

The people were great. The app? Not so much.

The app was helpful for making and keeping track of dining reservations and fast passes. It was cool to have all photos automatically uploaded to the app for viewing and downloading.

The functionality was valuable. I just wish it functioned more reliably.

I kept getting error messages, whether I was trying to find an attraction, check wait times or watch a video.

I get that it can be difficult to offer reliable service in large, outdoor environments. But you’re Disney World. You have to work out the kinks.

Leave an Attraction. Enter a Store.

It’s the brilliance of common sense. Walk out of the Star Wars Tour and enter a store selling Star Wars stuff. Same for almost every major themed attraction.

And it worked. People were gobbling up merchandise.

They don’t have clearance racks at Disney, unless I missed them. They sell what people want at the right place at the right time and charge a premium price.

Why Can’t I Buy Stuff Online?

In today’s omnichannel retail world, a company should provide the customer with a consistent, seamless shopping experience regardless of the shopping channel – in store, online, mobile, social media, app, etc.

We only had so much space in our suitcases for souvenirs. We figured we would buy stuff online when we got home.

I wanted to buy my Norwegian mom something for Mother’s Day from the Norwegian store in Epcot. I was shocked to find that two items – sweaters that cost several hundred dollars – were the only items in the entire store available online.

That’s a major fail. Why would you not allow customers to buy everything they see in your stores when they get home? 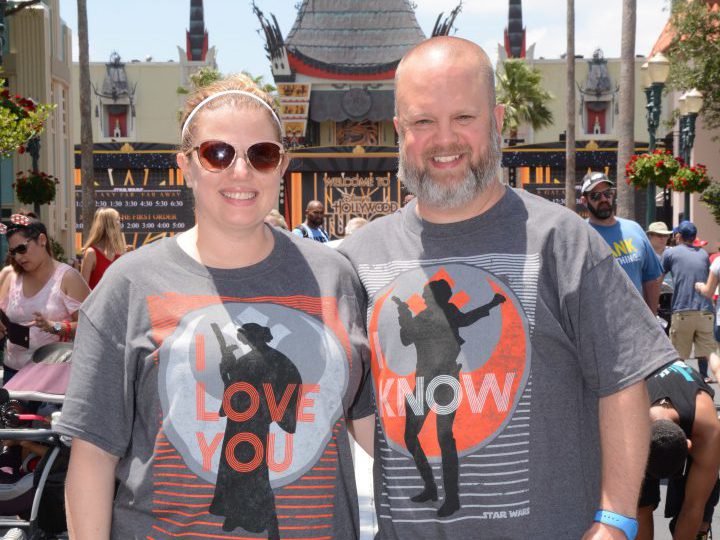 We buy matching shirts for Caitlin and Cassidy. It’s adorable and they love it. But when Kelly bought matching Star Wars shirts for the two of us, I wasn’t so sure about it.

Then we walked into our first park.

Kids, couples, families, large groups. They all had matching Disney shirts. The more I thought about it, the more I realized how much easier it is to keep track of everyone in your group.

One guy even had a shirt that said, “I don’t do matching shirts.” Classic.

I guess it’s a Disney thing for everyone to wear matching shirts. There’s nothing like having thousands of people who paid for shirts so they could be walking billboards for your brand.

I noticed this during previous vacations to Hershey Park and Wildwood. I’ve noticed it at the boardwalk and amusement parks like Great Adventure.

Nobody likes to stick to their clothes. Although Nike, Adidas and other brands now offer performance apparel, Under Armour is the undisputed leader in this space. In the photo at the beginning of this post, observe the logo below “IRISH” on my shirt .

I don’t know if Under Armour has strategic partnerships with every amusement park or outdoor family attraction in the country, but it should.

We typically ordered when we got to the dining establishment. With young kids, moods and preferences can change on a dime.

But when we ordered via mobile or self-service kiosk, there were at least three times when we didn’t get what we ordered. Not a big deal, you say?

Well, picture me in a crowded amusement park food court. My wife and kids finally find an open table on the other side of the building. I finally weave my way through the crowds with an overflowing tray, only to realize I’m missing the milk and apple slices.

Then I have to weave my way back to the front of the pickup counter, hoping not to piss off people who are waiting for their meal and hoping I didn’t drop my receipt.

Everyone makes the occasional mistake. But it happened at least three times. Yes, I could have checked my order despite the chaos of the situation. But that’s not my job.

If you’re going to offer self-serve and mobile ordering, you have to fulfill the orders correctly.

That said, the sit-down meals were phenomenal, especially at the Norwegian restaurant and Cinderella’s castle.

Not just good. Phenomenal. After a day of nonstop walking, an upscale meal with an adult beverage makes it all worth it. Even the food at each buffet was fresh and delicious, which is rarely the case with a buffet. 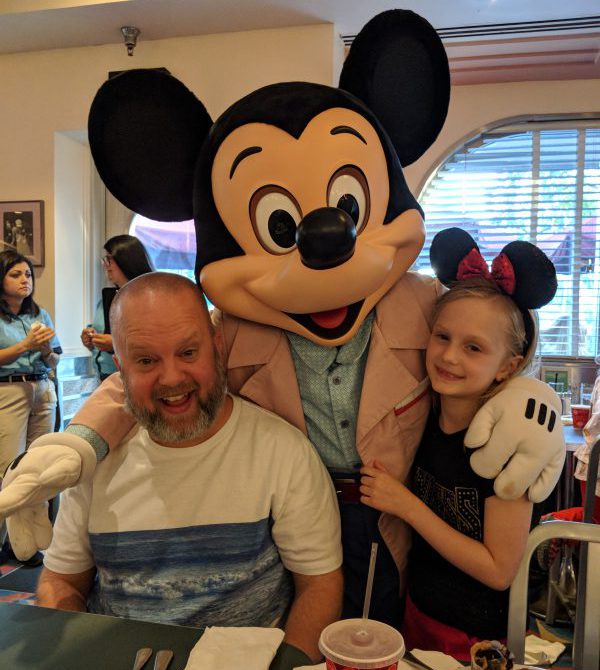 Even at 90, Mickey Is Still the Star

Even with the addition of attractions involving Star Wars, Indiana Jones, Harry Potter, Pirates of the Caribbean, and Frozen, Mickey Mouse still takes center stage. Disney seems to be very careful about preserving its history and heritage, and that’s a good thing.

Mickey Mouse made his debut in 1928. Snow White followed in 1937. Cinderella and her magical castle first appeared in 1950. Sleeping Beauty was cursed by Maleficent in 1959. Even Ariel is more than 30 years old.

Disney seems to work hard to develop new attractions centered around its newest stars, but not at the expense of its heritage. There’s a reason why so many young girls want to get makeovers at the Bibbidi Bobbidi Boutique and have dinner at Cinderella’s castle. Feeling like a classic Disney princess still feels magical, as if they were in a fairy tale.

There’s a reason why Mickey and Minnie are featured so prominently, and mouse ears are the most popular accessory at Disney parks.

To kids, Mickey still represents happiness and joy. To us old farts, Mickey brings back childhood memories. To some critics, Mickey represents commercialism and the end of childhood innocence, but those people aren’t spending thousands of dollars to visit Disney World.

From a marketing and branding standpoint, no character personifies the Disney brand like Mickey. Disney is smart to keep him and other traditional characters front and center.

I only hope that we don’t lose sight of one thing – that it was all started by a mouse.
–Walt Disney 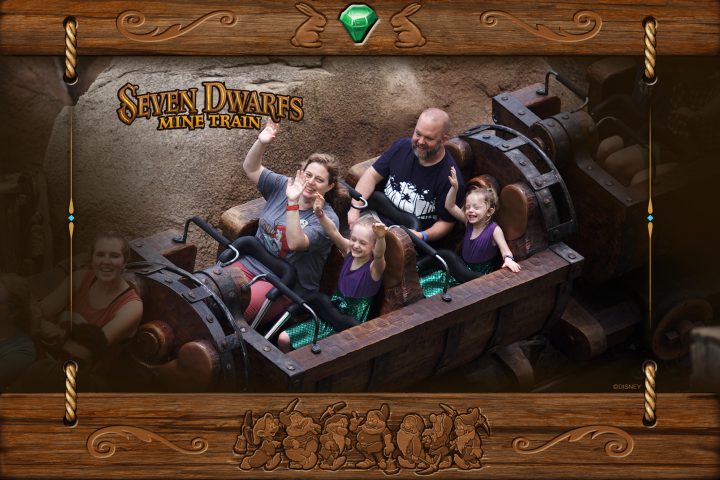