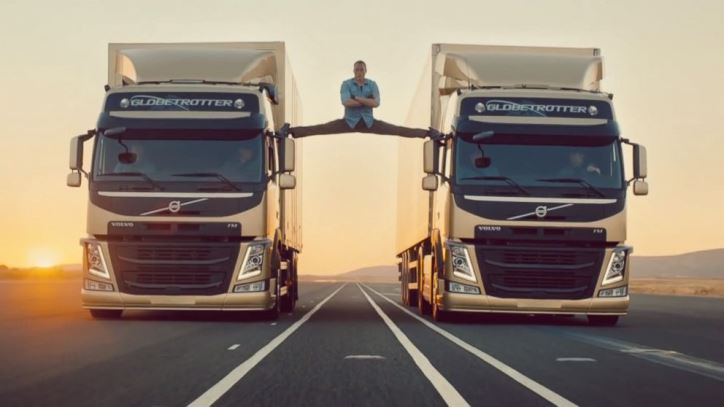 I’ve seen a lot of praise heaped upon the Volvo Trucks video featuring the “Epic Split” by Jean Claude Van Damme. Personally, I had two flashbacks.

First, I pictured Van Damme’s torturous martial arts training in the movie Bloodsport. This was my introduction to the Van Damme split, but in this case, his ankles were tied to two trees and he was being “stretched.” Ouch.

Second, I was horrified to hear the resurrection of Enya’s Only Time, a song I played ad nauseam during the tail end of my time as a radio deejay. It was enough to make me say matté (Bloodsport reference).

As of this writing, the video has been viewed more than 64 million times. If you’re not among the 64 million, behold… the Epic Split.